If you need more than 12 volt electrical power for your trailer, which is almost always the case, you’ll need a generator, a shore cord or both.

The shore cord is an umbilical cord from your trailer to a stationary electric box where you can plug in your trailer’s electrical system to provide power to it, like the electric power in your house.

Shore cords come in different capacities described in ampere (commonly called amps) and voltage ratings, e.g., 50 amp, 300 volt, etc. Usually the amount of insulation determines the maximum voltage rating, and the diameter of the wire determines the amp rating. The shore cord should be sized according to your trailer’s electrical needs. That can be done by Featherlite’s engineers. Specifications to comply with universally accepted electric codes are developed by the National Electrical Manufacturer’s Association (NEMA). Each amp rating has a uniquely shaped connector (NEMA spec). This is done to protect you from plugging in to a power source that is wrong for your electrical system.

Caution: If you are at a show, where an electrician or someone else is connecting you to a power supply, be sure to check two things. First is that you know what the proper voltage and amp ratings are for your trailer. Second, that the ratings of the power supply, especially the voltage rating, matches your trailer.

If you don’t want or cannot plug into a stationary power source, a generator will be handy. Many times this is called a gen set, which is comprised of:

Generator—The generator itself looks like a large electric motor, only instead of using electricity to turn a shaft, it produces electricity when its shaft is rotated. The electric power it produces is measured in kilowatts, or kW.

Engine—You’ll need something to rotate the shaft. That’s the engine, similar to the one in your car. The engine turns a generator, which then produces electricity.

Control Box—You also need something to control its operation, which is the control box.

Transfer Switch—This connects your trailer to either the gen set or the shore cord, but never both at once.

Controls to start and stop the gen set can be found on the control box on the gen set. For convenience, a second set of controls can be mounted anywhere they will fit. These are usually called a remote start/stop, or a remote panel. They are typically mounted on an inside wall near the door that would first be used during set up. That way they are conveniently at hand when deploying the trailer.

Transfer switches can be either manual or automatic. With manual, usually associated with higher capacity gen sets such as 40 to 100kW, a switch is mounted on an inside wall and is manually switched to generator, shore power or off. Most 20kW and smaller gen sets have automatic transfer switches. They automatically switch to shore power if electric power is detected from the shore cord. If there is no power coming from the shore cord and power is coming from the gen set, they switch to generator. If the generator is off and there is no power in the shore cord, it switches to off. 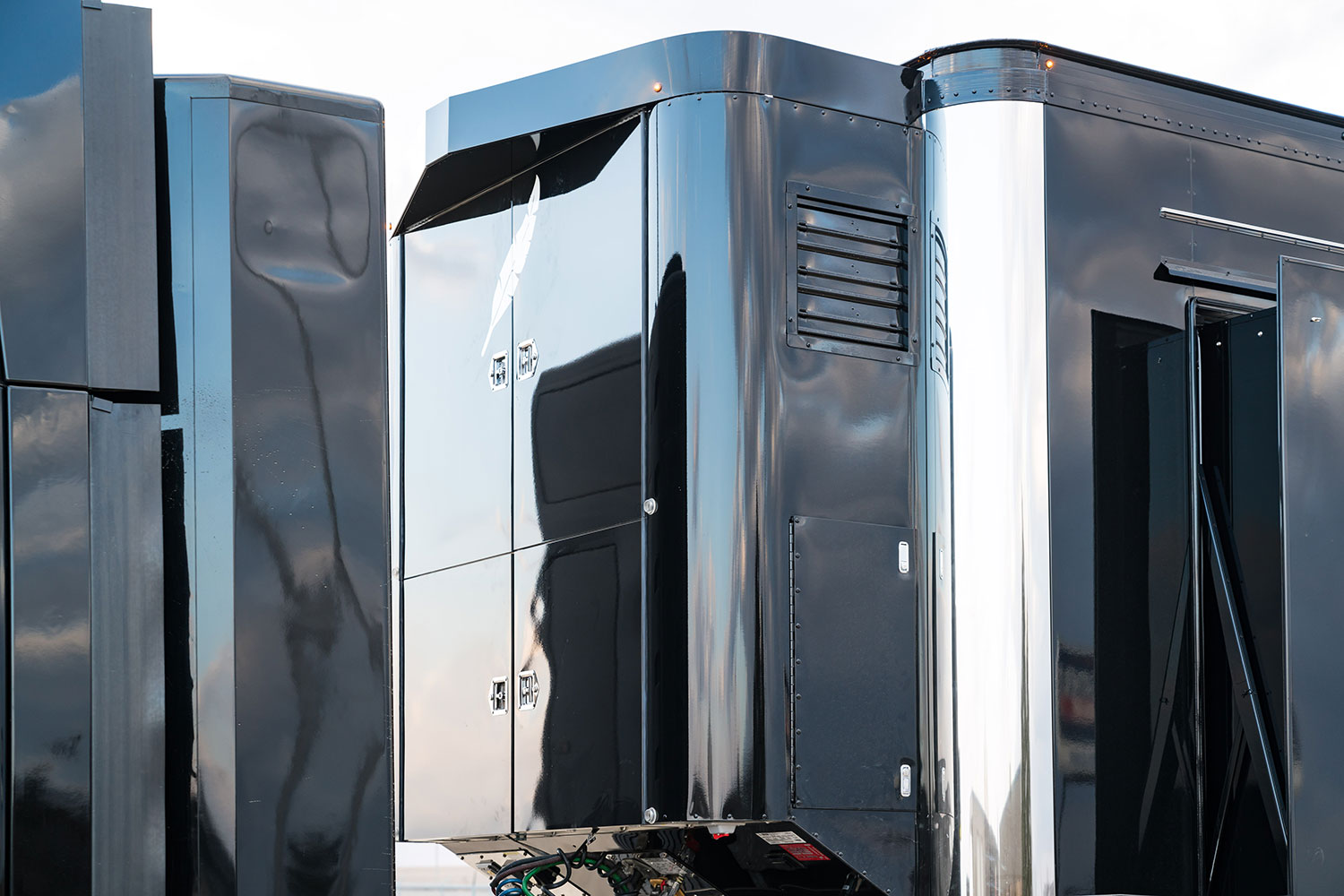