When Cessna was looking for a way to strengthen its dealer network relationships, they turned to Featherlite Trailers to renovate an existing display trailer that had belonged to Columbia Aircraft. The final product turned out so well, Cessna had a hard time believing that the unit had been refurbished not once but twice.

Featherlite originally designed the trailer for Rubbermaid in 2000 and refurbished it for Columbia Aircraft in 2006.

“Columbia used this trailer as a marketing stand,” Scott Faris, mockup program manager at Cessna, said. “They had some desks in there, some videos, TVs and things like that.”

When Cessna purchased Columbia Aircraft, they also bought the trailer. While Cessna had been designing a new trailer to showcase the propeller side of their product line, the discovery of the old one prompted them to consider refurbishment.

“Once we got this trailer, the basic structure was halfway what we wanted anyway,” Faris said. “We figured the best way to get it updated was with the company that made it.”

The initial designs called for limited reworking of the Columbia trailer, but the remodeling quickly became more extensive. A dozen revisions were made to the drawings and use concepts. Despite the complete remodeling, Featherlite rose to the challenge.

“Featherlite took an eight year old trailer that had a lot of wear and tear, as well as Columbia’s branding all over it,” Faris said. “They turned it into something that looks like it just came off the assembly line. You can only tell it’s not new if you peek into certain places.”

The new propeller display trailer has made Cessna a believer in refurbishment by Featherlite.

“We would definitely refurbish (our jet fuselage display trailer), especially now that we’ve seen what Featherlite can do,” Faris said. “Right now we would not even hesitate.”

In addition to Featherlite’s workmanship, Faris was impressed with the company’s customer service.

“Featherlite has always treated Cessna as a special relationship,” Faris said. “We really appreciate that and appreciate what they do for us, and we hope to have a very long relationship with them.”

For more information on how to put an event marketing or display specialty trailer to work for your company or organization, call Featherlite Specialty Sales at 800-800-1230. 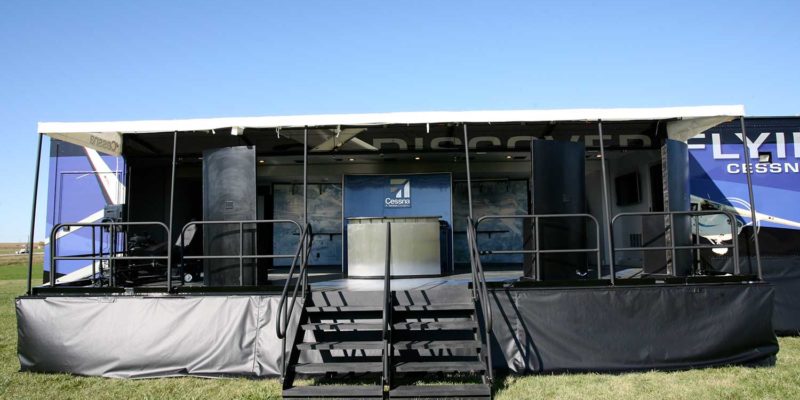 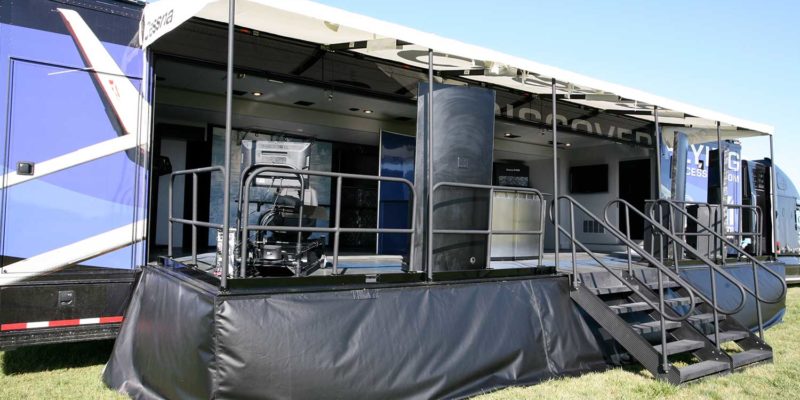 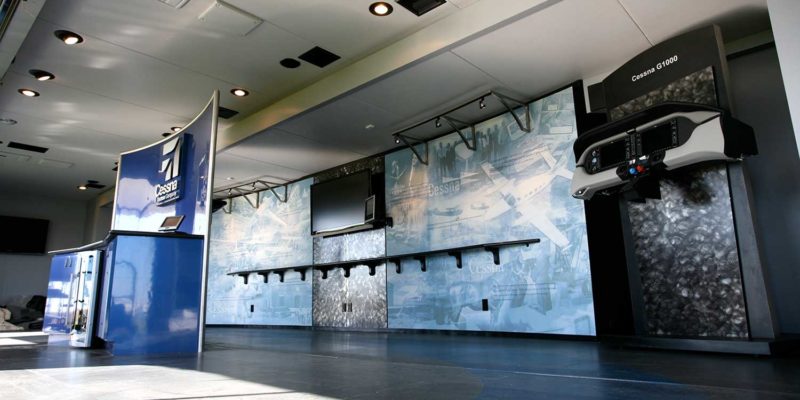 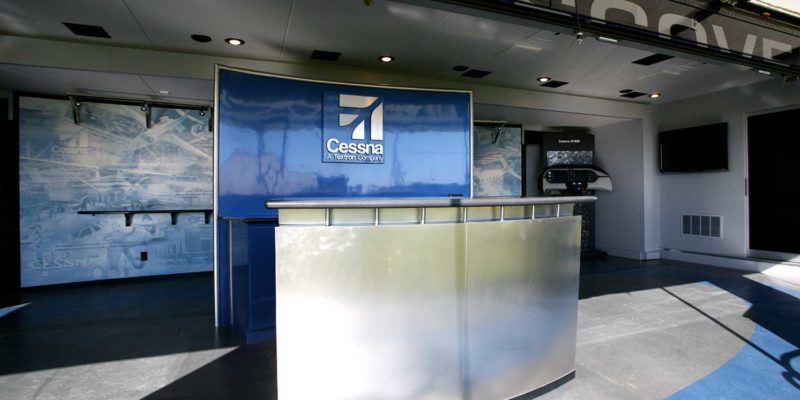 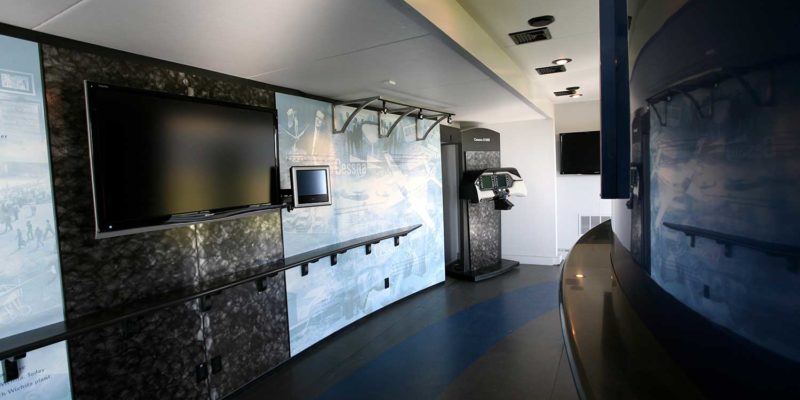 What can we build for you?